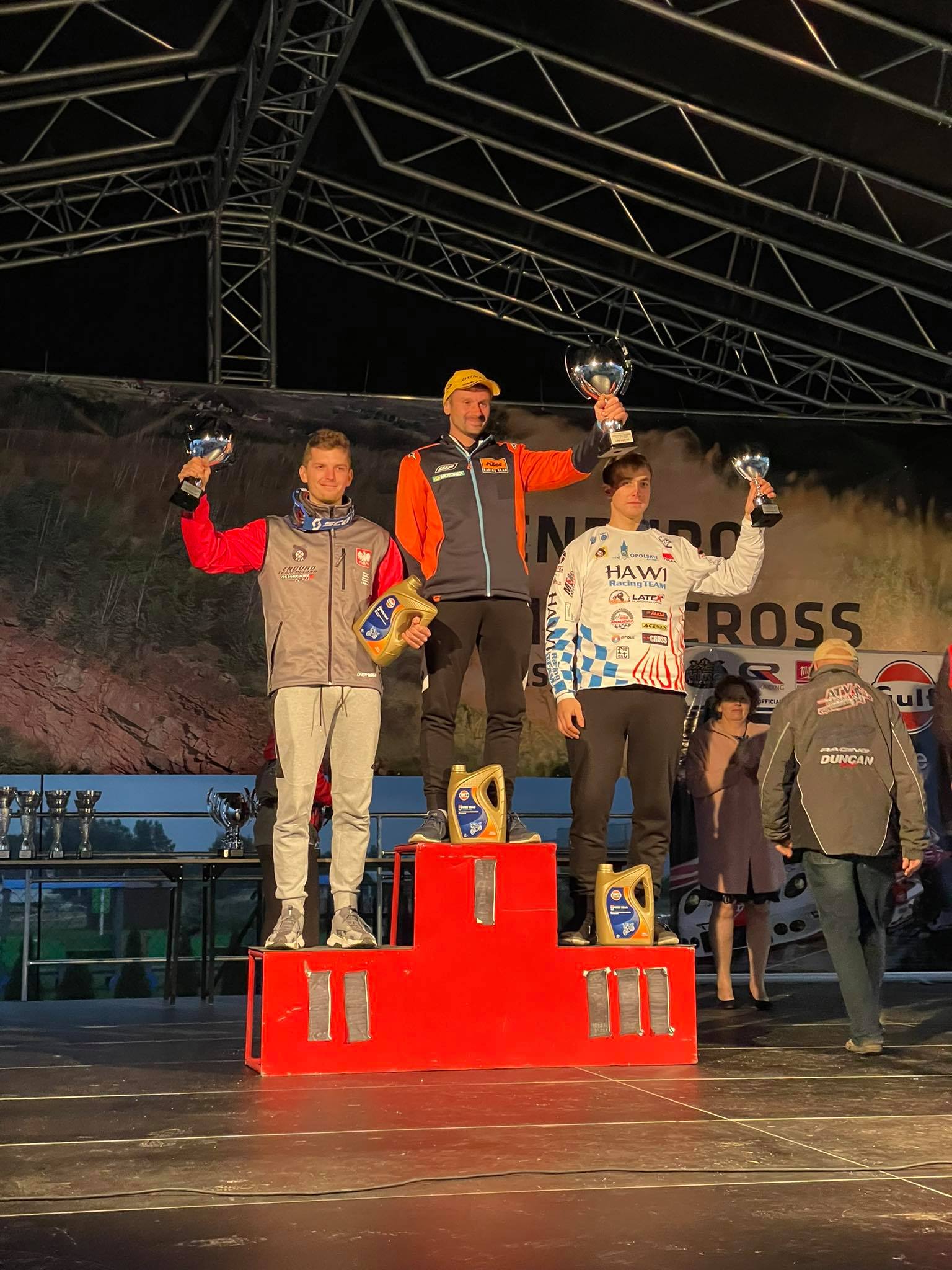 In the end, three juniors stood on top of the podium at the overall winner’s ceremony: Enrico Rinaldi ahead of Krystof Kouble and the Finn Peetu Juupaluoma.

Surprisingly, Krystof Kouble had to take a back seat this time: The Czech rider had come to Poland as the leader of the championship, where conditions were similar to the last round in the Czech Republic with mud and rain. In fact, however, the Italian Enrico Rinaldi won the overall standings on both days, first catching up with Kouble and then even just overtaking him in the championship. Both are separated by a narrow margin of only three points before the final, which ultimately makes everything possible. But Rinaldi has already indicated that, uncharacteristically for an Italian, he likes to ride in the sand. That could be his advantage in the final round in Hellendorn, the Netherlands.

In third place in the championship behind the two juniors, with a clear points gap, is veteran Maurizio Micheluz, who once again won the small two-stroke class ahead of his compatriot Giuliano Mancusco. „I don’t like it when it rains,” apologised the multiple European champion Micheluz for his second place on the first day of riding still behind his compatriot Giuliano Mancuso on the Fantic.

In the senior category, Arne Domeyer was able to claim the overall victory – the German, who was already European Senior Champion three years ago, won the second day already in the first round: „By then I had built up so much of a lead that I could ride the next stages safely and didn’t have to risk anything.” But due to illness, he is missing one competition, which is why he is not fitghting for the title.

In the women’s category, which was only two rounds instead of three, Justine Martel from France won both days on a KTM.

Continuous rain on the first day of riding made some changes to the track necessary on the second day and in the end the last extreme test was taken out. There, riders had jammed up several times through no fault of their own because other competitors had blocked the slip roads in front of them. Thus, almost the entire class of the big four-strokes was affected in the first round: On the first day, the class winner Jaromir Romancik was still sixth in the overall ranking – on the second day of riding, it was only enough for the Czech rider to finish 14th in the overall ranking, even though he again won his class.

In addition, one stage section had to be neutralised because a flooded creek made it almost impossible for the first riders to make the times. So it was more a fight against the track than against the other competitors for most of the participants at that point.

More information and schedules, results and links, there are always up to date and right on the official website:
http://european-enduro.com/

3) Young riders on the Tom: Overall-podium for the Juniors